Marina Abramovic is defined herself as the grandmother of performance.
[BIO]: Serbian artist who began his career in the 70s. Shortly after he moved to Amsterdam and met Ulay, with the one who created the group ‘The other’. Together they began to raise awareness and raise blisters with curious actions. After an intense ten-year relationship the couple put an end to love as follows: walked the Great Wall of China, each at one end, were found in between and they hugged, never to be seen ever more ..

2010, New York – Marina organized a performance at the MoMA called "The Artist is Present ‘. Sitting, downcast and silent. A table separates the visitor. At each meeting Marina looks up to look him in the eyes for a minute.
What she wasn’t expecting is that one of those who sat in front of her was her former partner Ulay who had not seen for 23 years. The love of her life, sat there in silence, just looking … 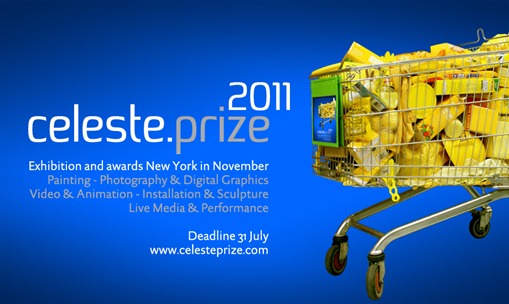 As part of the next Prague Quadrennial of Performance Design and Space, the world´s largest performance design event held in Prague once every four years, Intersection: Intimacy and Spectacle will transform Prague, introducing to the city center an ephemeral artistic dwelling composed of thirty boxes. These boxes will be inhabited for the duration of the Prague Quadrennial from June 16-26, 2011 by performative projects realized and performed by scenographers, performers, choreographers, visual artists, film directors, drama theatres, installation artists, fashion designers, writers, and painters, etc… Thus suggesting an interesting cohabitation: where else could you find an installation gathering such varied artists as Romeo Castellucci, a major European theatre director and one of the key figures of the Avignon festival, Markus Schinwald, Austria´s representative at the next Venice Bienale, Ilya and Emilia Kabakov, unmissable Ukrainian-born visual artists, Anna Viebrock, the famous German scenographer, Josef Nadj, choreographer and director of the Centre Chorégraphique National d’Orléans, and many others? This outdoor performing exhibition will be a journey for audiences, explained by Intersection Curator and the Prague Quadrennial Artistic Director Sodja Lotker, "It will all question one and the same thing: what is performance? And who is performing? Is theatre something theatrical – an illusion, a straight-forward lie? Or is theatre just one of the basic ways to express ourselves? …everyday"" Out of the boxes, the Intersection project will cover the entire city of Prague, thanks to various site-specific spectacles and installations, created by Árpád Schilling / Krétakör, Claudia Bosse / theatercombinat, and many others.